Moving is a beast. And technically, I haven’t even started. Not even the first box.

Next month or so, we’re moving. Not to anyplace radical like the mission field or our own private island. It’s just that after all these many happy years of renting, we are so ridiculously on top of each other and we somehow found a house where we can be a little less so without ending up in debtor’s prison.

The new pad is just down the road, but still, it’s not close enough that we’re be able to just take our current house, turn it upside down, and funnel its contents down through our new kitchen skylight.

There is packing to be done. SO MUCH PACKING.

But first there is purging to be done. SO MUCH PURGING.

The past few weeks have been like an archeological dig through our basement and the scary back corners of closets. Weird treasures have been unearthed, things that made me go, “NOOOOOO. WAYYYYYYY.” 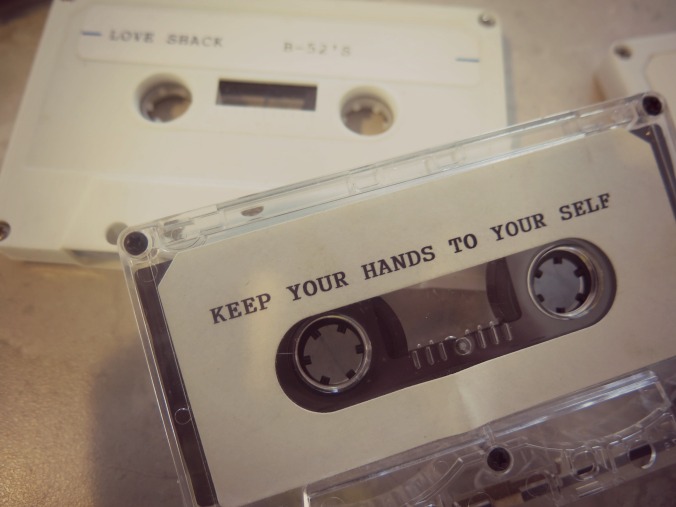 Like these giggly recordings of my friends and I doing a grave injustice to the Georgia Satellites in one of those amusement park sound booths. (I’m looking at YOU, Allison Oliverius and Lynn Lyons.)

Y’all. I found my old BREAST PUMP. This is too ICK for words. Consider that lady business deep-sixed.

There have been more than their share of discoveries that have long outlived their usefulness. But still, somehow, I can’t part with them. I mean, please.

My favorite Umbro’s and (ahem) O’Doul’s cozy from college? Maybe I’ll start wearing these shorts around the new neighborhood and see if they’re impressed by the new gal’s youthful verve and fat knees.

But can we talk about all the cords??? OH. MY. LORD. The cords. They’re like intestines. They go on for MILES. 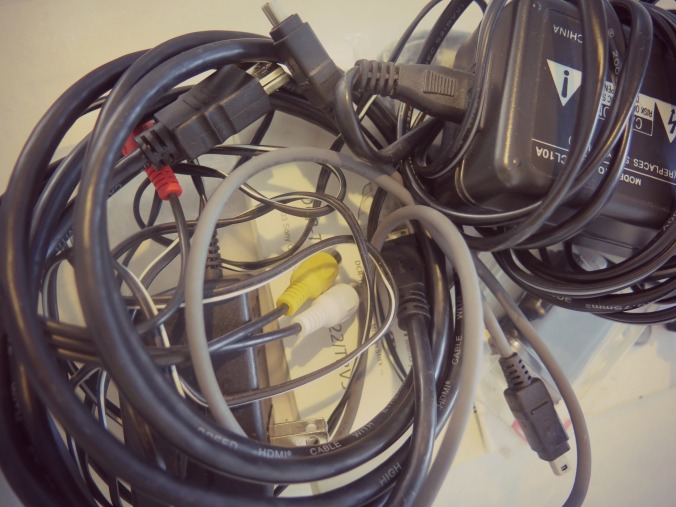 Nobody has the slightest idea where all these cords lead, but I’m guessing the county dump.

Some of these unearthed relics have been objects of great fascination and endless amusement for my children. Data stored via VHS TAPE or FLOPPY DISC? Tell us more about that abacus, Grandma! Oh, do regale us with tales of butter-churning!

I’m scared to throw these away because there is actually cool stuff on these floppies of yore. So if anyone has an old Commodore 64 or a giant ’80s era War Games computer lying around, let me know. Actually, DON’T. That kind of defeats the whole purpose here.

What’s a little harder to grapple with is all my kids’ stuff.

If I try to inch ONE PRECIOUS THING of Lucy’s toward the Goodwill box (be it oversized stuffed Minnie Mouse or tiny Happy Meal toy), she will surely throw herself in front of the moving van in protest.

This is one of the only things she gave away without drama. Not so long ago, Lucy called this her “American Girl Doll.” Cindy, we hardly knew you. I know I’m a sap, but this one kind of gets to me.

Overall, though, I have been able to part with very little of the girl’s loot (that she knows about anyway…).

Shhhhh. I’m trying to figure out how to sneak these uggo Trash Packs out of here.

Will is the less sentimental of the two. Last weekend, he pored through all his old toy boxes with me and saved almost nothing. If the item was not stamped with the word “Lego,” it pretty much got the axe. That means all the Matchbox cars, all the superhero stuff, all the old construction trucks, all the evidences of a little boy life well lived…well, they’re old news. 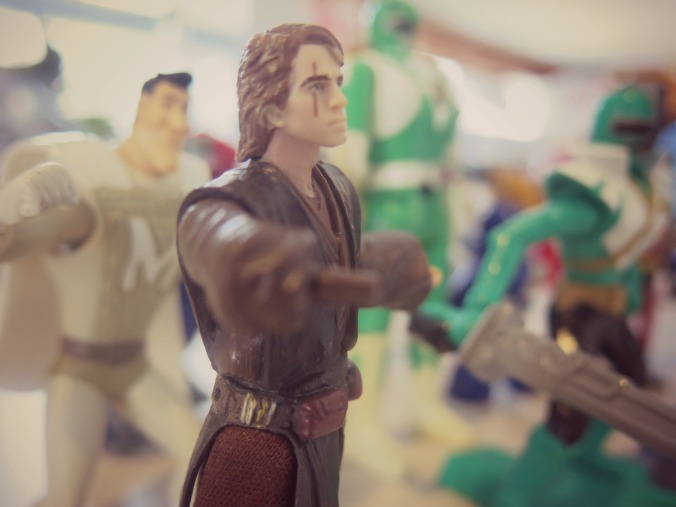 Anakin–who we all know struggles with rage issues–won’t look me in the eye.

Something about that makes me very sad. Twenty pounds lighter, yes, but also sad.

Moving is all about transition. A big one and a very literal one. One where we get pulled up by the roots we’ve set down, shake off all those old dirt clumps and the hangers-on, and get plunked–fresh and clean–into a new spot where hopefully those roots grow strong and deep all over again.

This purging part of the process (the “shaking off the clumps” part) is good and healthy and liberating and parts of me love it. Oh, but parts of me fear it.

I’m afraid of cutting too close to the bone and regretting the things I parted with. I’m afraid of admitting that some things from our past are in the past to stay. I’m afraid to close the book on little kid childhood.

And I’m afraid to part with stuff like this: 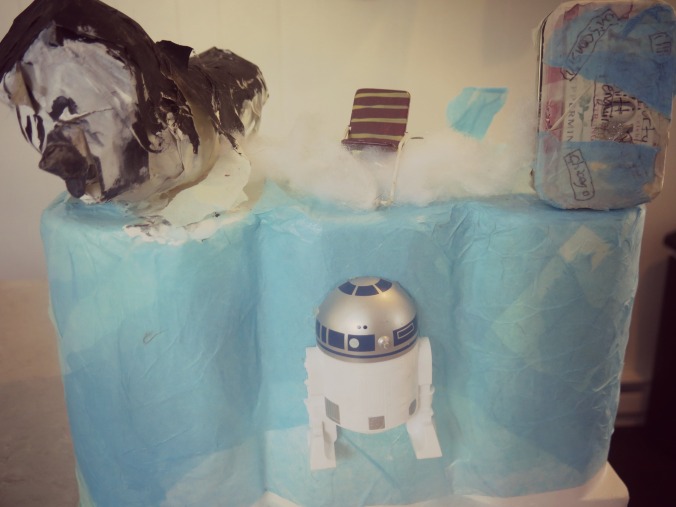 Will made this “sculpture” in art class out of “found objects” and was really proud of it. Did I mention it’s also really large? I am literally afraid to part with it because I will totally get busted.

Until I figure out what to do with that thing, I’ll keep chipping away at all the remaining mounds upon mounds of crap we’ve amassed over the years — like this. 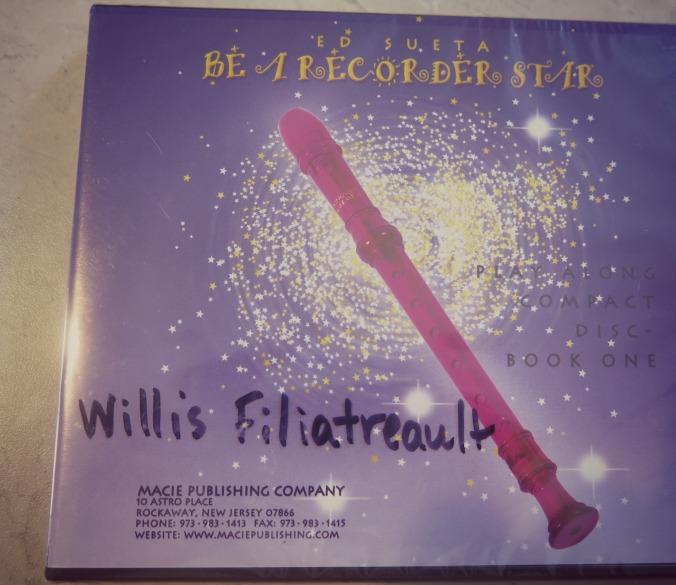 Among other things, our days of dreaming of being “a recorder star” are far behind us.

That’s one relic of a bygone era that I will not mourn.

2 thoughts on “If These Floppy Discs Could Talk” 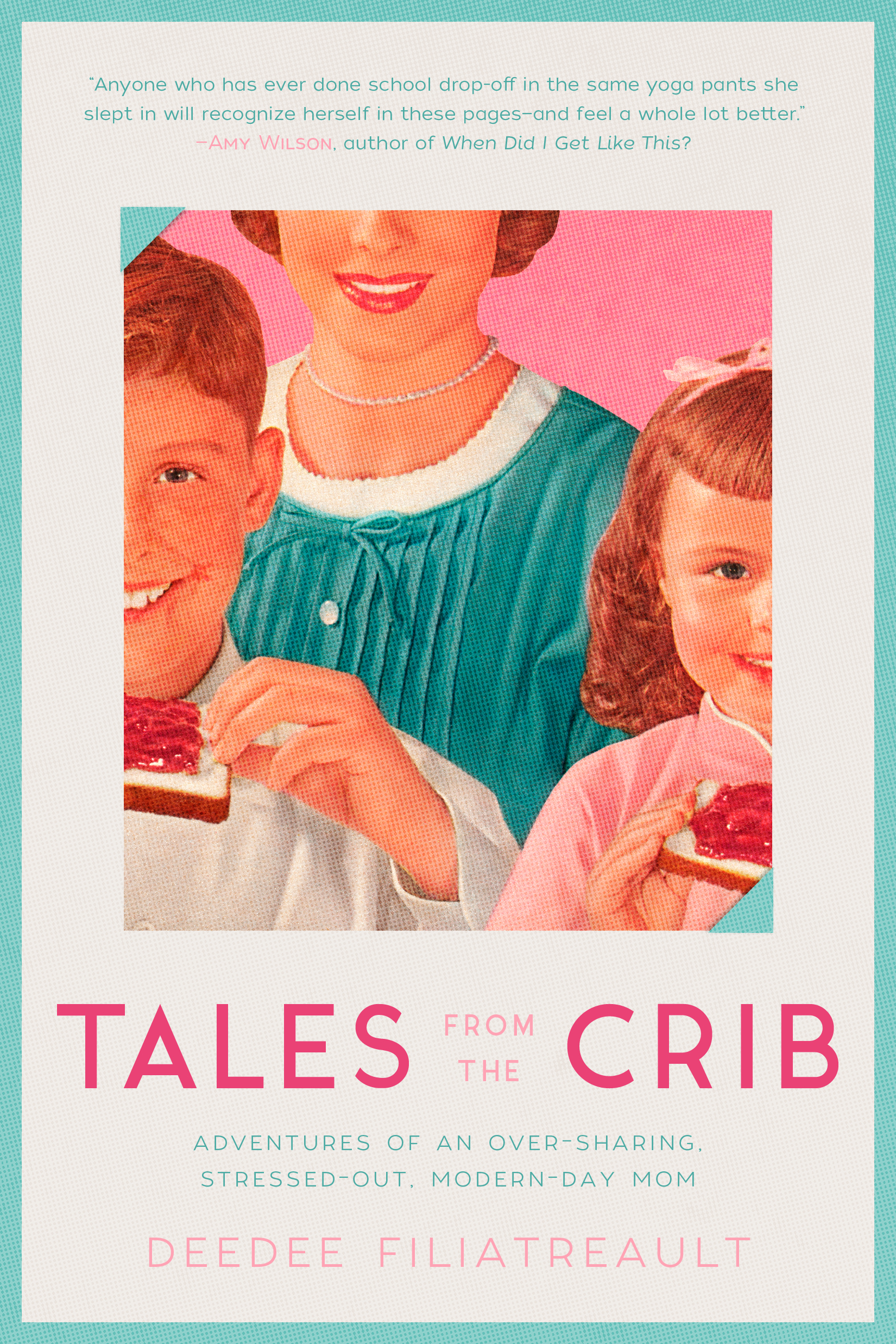