My daughter may not look it, but she’s a genius. She invented a time machine. 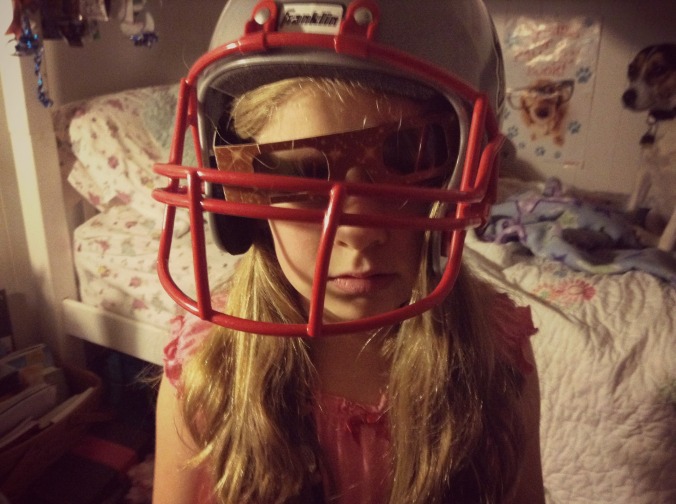 She has singlehandedly transformed a cardboard box crammed with pillows and stuffed animals into an intergalactic time traveler, capable of transporting her to other realms and bygone eras (and occasionally Disney World). 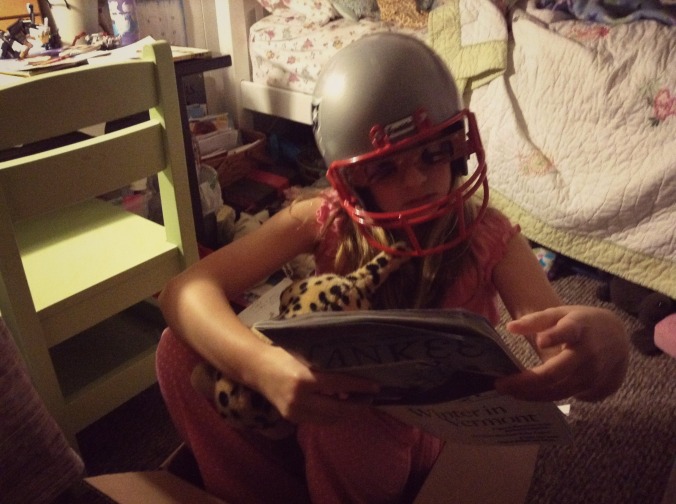 In this box, she can go back in time to witness the dinosaurs in mid-death scene (which she tells me she’s already done) or she can just fly wherever she feels like spending the afternoon. She tells me the flying part’s not as exciting since planes already do that, but it’s a nice side benefit.

These photos represent her travels thus far — including the Triassic Era, colonial America, and wherever the penguins live (the Arctic or is it Antarctica? Who can keep it straight?). Now that’s a bucket list.

She has wisely equipped her time machine with a handy carrying case for gum, pencils, and whatnot, fashioned from a discarded box of Klondike bars. You never know what the Dark Ages may lack in the way of snacks. 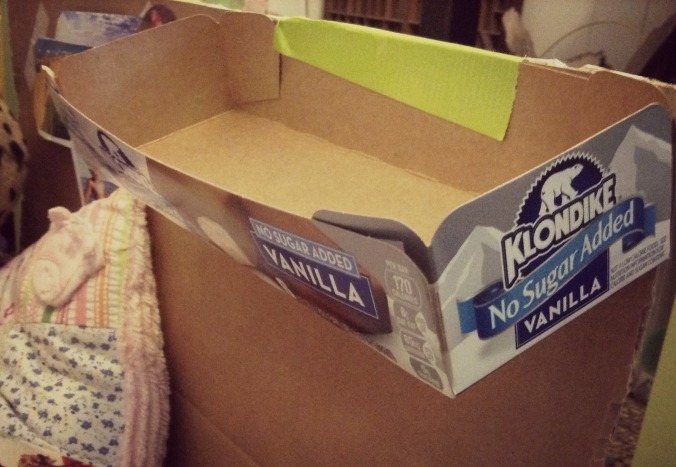 Don’t be confused by the “No Sugar Added” label. These were purchased for Bill’s diabetic dad. Normally we welcome any and all sugars here.

I wish I had one of these babies. I would be logging some serious Frequent Flier miles right about now.

Because there are just times in this mind-bender of a life when we would give anything to go back in time, even for just one teeny-tiny moment. To change the order of things, to take those words out of the air, to do that thing that never got done, to undo that thing that changed everything, to avoid that unfortunate haircut before it’s too late.

But no matter what my kid and her cardboard box can do, we mere mortals can’t go back. There is no reverse. Only forward.

Personally, I like reverse so much better. I can see those land mines so clearly back there. I can recognize a flaming turd of a mistake before I step in it.

But I have to keep telling myself that our mistakes (how we recover from them, how we keep from making them again, how we try to put distance between us and them) are all paving stones in the crazy, zig-zaggy, imperfect, improbable road that leads us where we’re meant to go.

That road isn’t glittery and shiny and easy to follow like bright yellow brick. (Dorothy had it so easy — except for that wicked witch part).

But on those days when I think I’ve somehow taken a wrong turn at Albuquerque, I have to trust in Someone bigger than me — like my own personal GPS in the sky, standing by with alternate routes and traffic alerts.

It’s not like He didn’t see this coming. He’ll get me there — in spite of my best efforts to screw it all up.

I can just hear that refined British accent emanating from heaven right now.