B.J. Novak smiles more than you think he would.

As the “temp” on The Office all those years, he seemed like a sad little clown. (It was probably just the crushing weight of all of his dying dreams at Dunder-Mifflin.)

But when I dragged the family to B.J. Novak’s book-signing at RJ Julia in Madison last night (props to the local independent bookstore!), and he read his crazy clever new children’s book, The Book With No Pictures – I was knocked out.

He was ADORABLE. I mean, just incredibly engaging and witty and so smart – but not in that sneering way that implies that he reads the New Yorker and I don’t. (Which is true, but he’d never say so. At least not to my face.)

Anyway, that’s what he said. (See how I worked in an Office quote?)

In the signing line, I wrangled over what to say. I settled on something pithy but eloquent like, “Thank you.” I thought I might add in a quick — “Loved the book” — just to extend our time together.

Will took this picture. (He’s ten, so cut him some slack.) Lucy is the shadowy person B.J. is chatting it up with. I was there too but am — TRAGICALLY — not pictured.

Instead, when the big moment arrived, I turned flaming red and blurted out:

“I sound like a total dork, but…” (Blurggggg…enter lots of gushy words of stalker fandom.)

Consider my day MADE, y’all.

So, on this – DAY 2 of my #write31Days blogging challenge (in which I made grand claims that I’d improve your family life with fun/funny/funktastic stuff this month) – I present to you The Book With No Pictures. 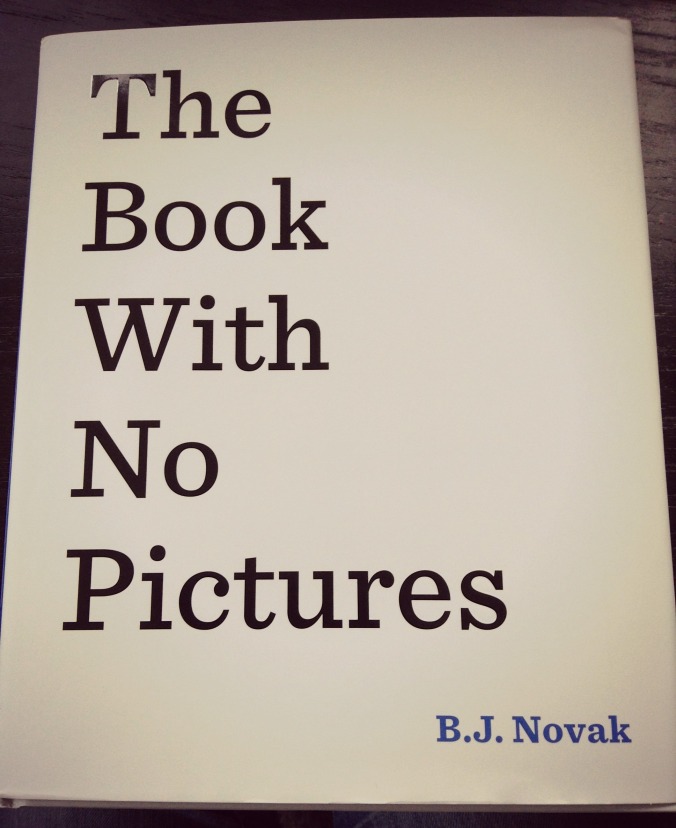 If you have a kid ages 3-7ish, this is high comedy. It’ll make you say buffoonish stuff out loud that will have your kids rolling on the floor – which they were actually doing last night. I saw it.

It also reminds me of The Monster at the End of this Book — one of my all-time favorite books as a kid. (If you haven’t read it, go get that one too.) 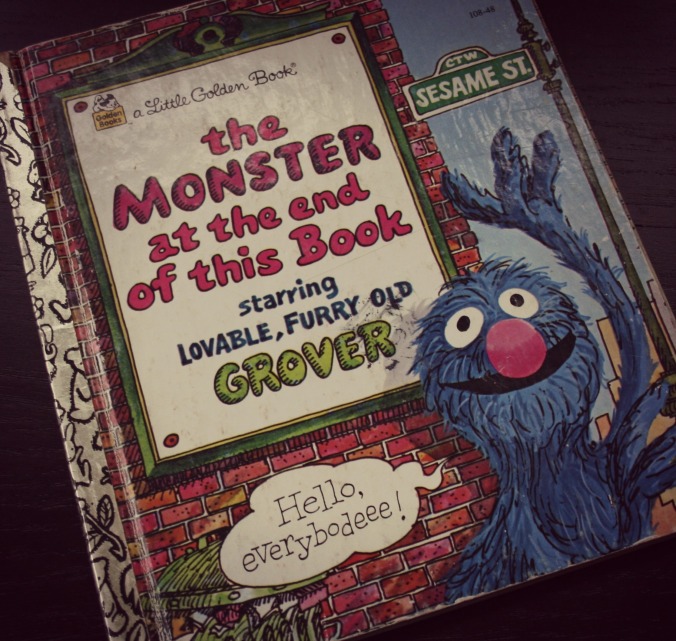 This is my ragtag old copy. You really must get your own.

When you read books like these out loud, you can’t be a drip. You have to work your best Grover impression. You have to say words like “boo boo butt.” You have to sell it. And that’s when reading time with kids is a blast.

B.J. Novak said he wants kids to see the power in words – that with words, they can make their grown-ups act silly. But that’s just the start. If they understand the power of words, then they can be real rabble-rousers in life.

Ah, that’s the stuff that makes a word nerd like me swoon. And say “globbity-glibbity.”

That’s what he said.

P.S. For slightly more grown-up fun, also check out Novak’s book trailer on Amazon for his collection of short stories, One More Thing. It’s a French film parody with Mindy Kaling that KILLS. I have watched it thrice and still die laughing. 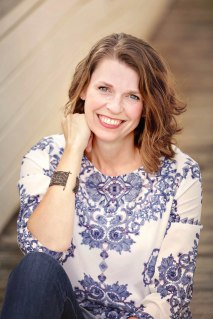