I’m Throwing Back Thursday in my own way — dusting off some columns I’ve written in ages past and putting them back into circulation again. This one originally appeared in the Lyme Times on July 10, 2010 – long before my children actually started binge-watching Gilligan’s Island and could get the joke. 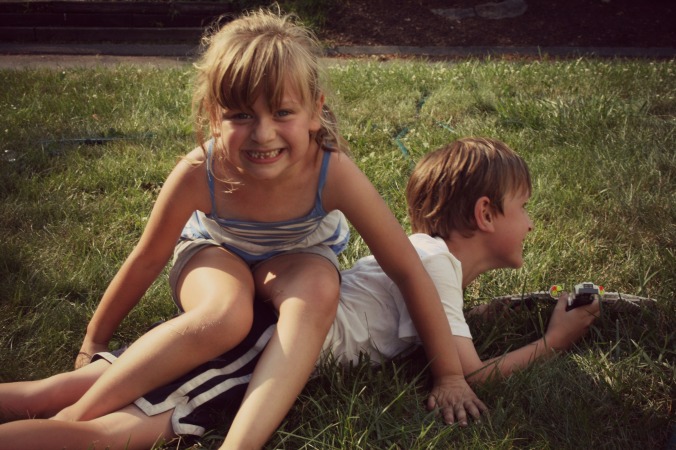 You picked a fine time to leave me, Ma Bell.

It’s the dead calm of summer.

Nobody’s around except my two kids who do little more than shadow me with expectant looks and requests for snacks.

And of all my lonely and desperate hours, this is the time our phone line decided to go on the fritz.

I won’t bore you with the details, but basically, talking on the phone sounds like I’m inside the microwave with Orville Redenbacher. What’s worse, this crackling mess is blocking my main escape hatch — e-mail and the World Wide Time Suck.

The phrase “trapped on a desert island” has now become part of my daily parlance.

Life here is starting to look a lot like Gilligan’s Island, and I’m the Professor.

Now, I’m sure you were all thinking I’d be Ginger. That is soooo sweet of you, but I don’t own a single scrap of gold lamé, and Ginger would never be caught dead in a skirted swimsuit and a farmer’s tan.

No, I’m the castaway in charge.

I’m the guy this ridiculous cast of characters waits around on to engineer a new means of escape every day, plans that involve initiative and occasionally monkeys and never seem to work very well. And like that guy, I tend to wear a hunted expression that all but pleads, “Help me. I’m surrounded by lunatics and head-hunters.”

I can’t make up my mind exactly which parts my kids are playing as the scene is always changing.

Sometimes they’re Thurston and Lovey – a pampered pair who were quite sure their three-hour tour was going to be way more fun than this, who expect daily ice cream from the passing truck (only to have their hopes dashed), who need a full-time travel agent to entertain their every summer whim.

But more often than not, they’re bumbling buddies trapped in a love-hate state of mutual annoyance –Will as the cranky Skipper and Lucy as the goofy Gilligan.

There’s the constant background noise of growling and groaning and clunkings over the head, followed by complaints lodged with the Professor over what irritating things Gilligan has done or said now.

But some days, Lucy’s our Mary Ann, all sunny contentment and bouncy pony-tail, wearied by the grumpiness on this stupid island.

And then there’s my husband, Bill, who’s one of the random guest-stars who would just magically show up – a Harlem Globetrotter of sorts.

He flits in and out, making nice friendly appearances to keep things interesting. Then he inexplicably gets to return to civilization every day – while here we sit, still stuck with a hole in our boat with no new ideas and no place to go. Being a Globetrotter is good.

The pace is easy. You don’t have to be anywhere on time. You can wear the same capri pants every day and nobody knows the difference.

Sometimes there’s even time to kick back with a coconut drink – as long as you can tune out the ruckus of Gilligan and the Skipper squabbling their way out of that wretched hammock again.